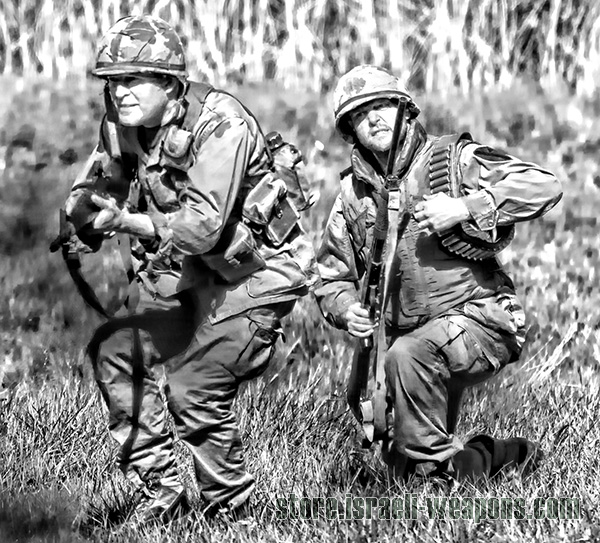 Armies the world over have always tried to find ways to protect their soldiers from injury. Typically, the best way to wage war and wins has been to have greater numbers of troops and be able to fight the enemy and stay alive to the end of the battle. Strength was found in numbers and to the largest army went the victory. But, as countries became more creative in fabricating the implements of war, so too they found that protective gear had to be more advanced.

Body Armor in Past

In medieval times, knights wore clothing made of chain mail, which consisted on small metal rings linked together in a covering to protect them from enemy blows from swords and lances. In other cultures, layers of animal skins were worn to protect warriors. African armies found that rhinoceros skin was very useful and durable for protective purposes. Other civilizations used metal plates to provide a certain level of protection from the enemy. Beginning in the 1960s, a vest was developed by Natick Laboratories that used ceramic plates and could stop a 7mm rifle round. Later in 1969, police forces began to use the Barrier vest fabricated by American Body Armor and it rapidly became the most purchased body armor product of its generation. Later on, as weapons became more deadly, body armor companies discovered innovative ways to protect against those bullets.

Stephanie Kwolek, a DuPont scientist, developed Kevlar in 1965. Her discovery of this revolutionary material offered decades of protection for many people from bullets. Allied Signal Company developed Spectra, an innovative bodyarmor material that became the major contender for Kevlar. Both of these substances, Spectra and Kevlar, can be made into high quality bullet proof vests. In more recent years, other materials entered the market like Zylon, Dyneema, and Gold Flex.

Rapid technological expansion into the body armour industry has made body armor products much lighter and stronger. Much research is being conducted using fluid and other liquid-based materials that either coat fibers strengthening them or turn into a solid state when impacted with force. As well, more stringent testing methods are being implemented to ensure the quality, safely, and uniformity of bodyarmor products. The national Institute of Justice plans to begin testing products for sun exposure, heat, moisture, stretching, and for the effects of detergents and other substances on the performance of bullet proof vests. Several body armour manufacturers are marketing future soldier suits to the United States Congress and military. This advance technology in body armor gear offers many new features and additional comfort.