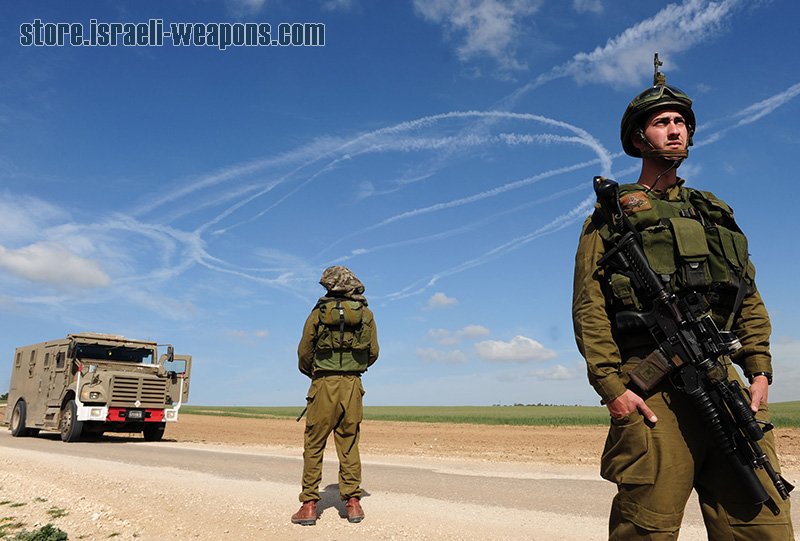 The army also supply ballistic combat helmets with bulletproof vests for complete body armor solution, in order to offer full body protection to the wearer. In addition, the body armor can also consists of shoulder and side protection components in additional protection of the upper torso. The vests has aramid fibers that stop and deform the hard core of the bullet, modeling it into a disc-shaped component, which then spreads its force on the vest. Consequently, the vest absorbs the force from the deformed bullet and it brings it to a halt before it can penetrate the lower side of the vest.

It is important to note that although the bulletproof vest successfully stops the bullet penetration, it fails to protect the wearer from the bullet force. The modern rifles and pistols have enough force to cause blunt trauma on the point where the bullet hits the vest. In this regard, military bullet proof vests have additional components as hard body armor plates that limits the impact of the bullet. The vests can have ceramic, steel or titanium reinforcement in order to protect the wearer from larger bullets.

Using bodyarmor started back in the middle age. The first person to create a bullet proof vest was Filippo Negroli. Thereafter, emperors developed on the ‘proof’ concept to make armor that is more sophisticated. However, the first country to invent the ballistic armor was Korea. The designer used layers of cotton to prevent bullet penetration. Moreover, Australia also used the ballistic armor using scrap metal later on.

Essentially, the use of the military bulletproof vest became widespread during World War I and II. Every country made modifications on their protective armor. The first design has restrictions because they inhibited body movements of their heavy weight. A breakthrough came after 1950’s when the United States developed better and improved vests for their combat soldiers. After 1970’s designers used better fibers and better construction methods of designing the vests.

Currently, the body armor worn by combat soldiers can offer comprehensive protection against bullets fired from various projectiles and offer protection against sharp-ended objects like knives. Furthermore, the armor offers protection against explosives like hand thrown grenade. Bullet resistant vests are light in weight, and they allow body movement, unlike the original models. The standard regulations require proper testing of the vests in order to ascertain their usability.